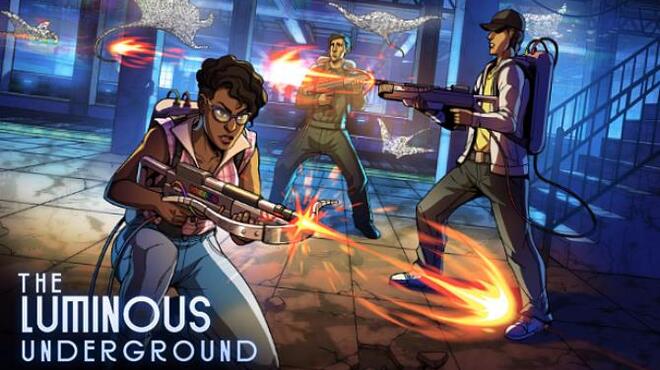 Blast spirits out of a haunted subway system! Can your team defeat rival exterminators, shoddy gear, and City Hall?

You’ve been a daemon dissipator for years, carrying a rainbow blaster and learning the ins and outs of magic to zap electromagnetic monsters into static. After following the jobs from one end of Septenland to the other, you’ve settled down here in Barrington: an old city. A weird city. A city boiling with spirits, specters, and daemons. It’s the perfect place to start a company of your own.

The Luminous Underground is a 660,000-word interactive secondary-world science fantasy novel by Phoebe Barton, where your choices control the story. It’s entirely text-based—without graphics or sound effects—and fueled by the vast, unstoppable power of your imagination.

Your team is just you and McCowan, your friend and business partner, but it’s hard for two people to run an operation like this. When you applied for a contract with the Barrington Transit Commission, you didn’t expect anything but a flat rejection. But you got it! And now you’ve got to find more teammates, sharpen your skills, and put a dent in the spirit population while staying well clear of the electrified rail. 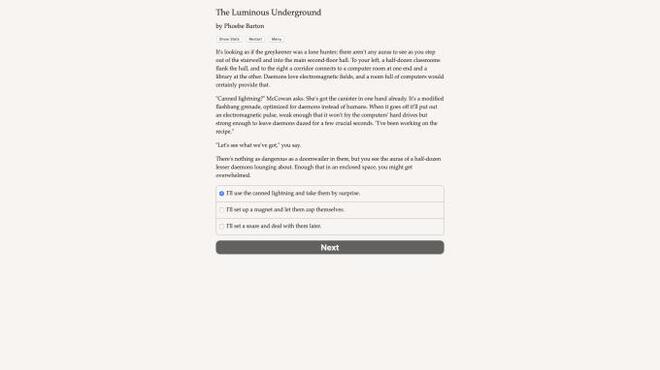 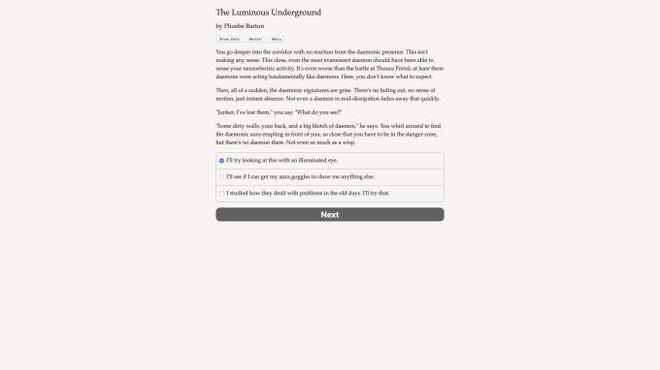